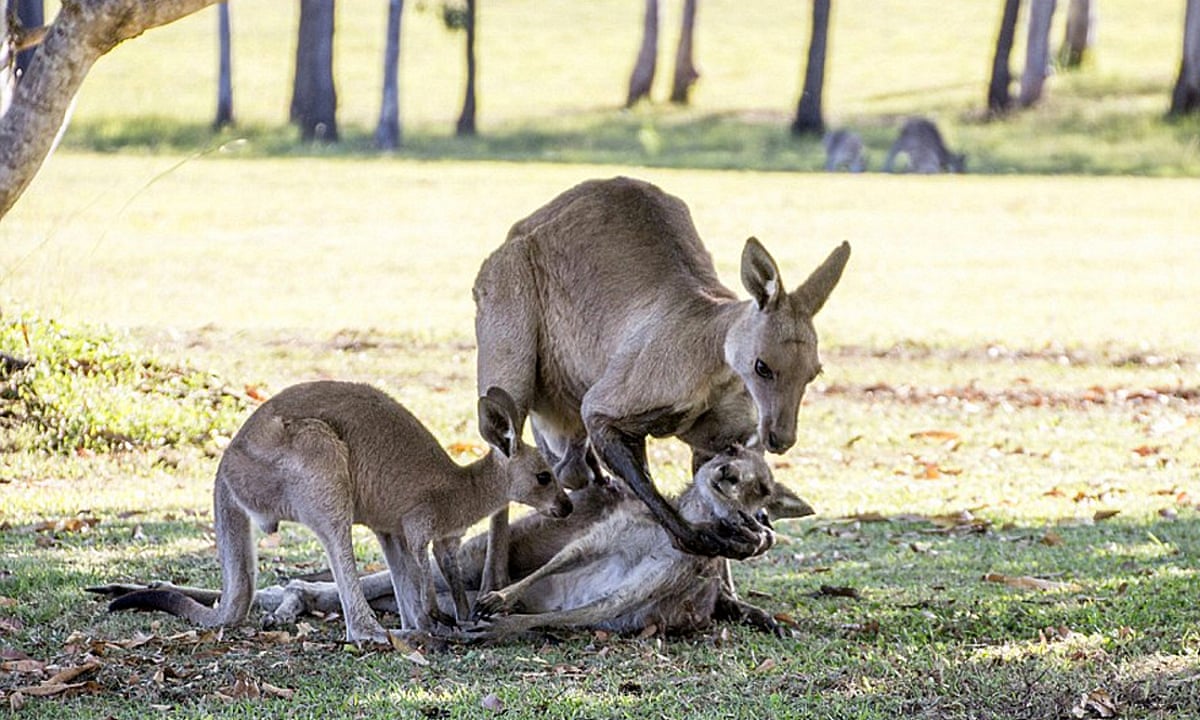 A photographer has captured the tragic moment a young kangaroo reached out to touch its dying mother one last time.

Evan Switzer took the picture on a bushland property in River Heads, Queensland, Australia, during a walk on Monday morning. He described how he witnessed the mother kangaroo dying under the shade of a mango tree while being supported by a male companion, who propped up her head so she could see her joey before she died.

The joey stared at his mother and touched her softly, before standing protectively near her body.

I saw the male pick up the female, he looked like he was just trying to get her up and see what was wrong with her, Switzer told the Daily Mail. He would lift her up and she wouldnt stand shed just fall to the ground, hed nudge her, stand besides her it was a pretty special thing, he was just mourning the loss of his mate.

After the mother kangaroo died, the male companion guarded her body and chased after any other kangaroos that came near her corpse.

Ive travelled around a bit and you see a lot of dead roos on the side of the road but Ive never seen anything like that before, Switzer said. The male would chase the other kangaroos that came around away he was sort of protective over the female.

The young one looked kind of confused, it would stand by the mother and then hop off and chew some grass, and then come right back again.

It is not clear how the mother kangaroo died. She had no visible injuries.